“Cinderelly, dressed in yelly!” Cinderella, the fairy tale, often conjures up images of sweet little mice dancing around a princess.  Many young children have grown up watching the beloved Disney version, but, in fact, this fairy tale has a long history of its own. Did you know that there are probably between 800-1000 versions of this tale, across a variety of cultures?

The basic story involves a step-daughter being mistreated by a step mother and sisters.  Eventually she is saved by a godmother and a prince, whom she marries.

The story of Yeh-hsien, also known as Yeh-Shen and Sheh Hsien, is the oldest known Cinderella tale recorded in China. It appears in Yu Yang Tsa Tsu (Miscellany of Forgotten Lore)written by Tuan Ch’êng-shih around 856-860 AD. The tone of the story implies that its readers and listeners were already well-acquainted with the story by the time it was written down. There is no fairy godmother in this earliest known version. A magical fish is Yeh-shen’s helper instead. However, a golden shoe is used to identify Yeh-shen to the prince who wants to marry her.

Cinderella is one of the most recognized stories around the world. The themes from the story appear in the folklore of many cultures. Sources disagree about how many versions of the tale exist, with numbers conservatively ranging from 345 to over 1,500. The tale has its own Aarne Thompson classification which is 510A. The tale always centers around a kind, but persecuted heroine who suffers at the hands of her family after the death of her mother, except when her birth mother is one of her persecuters. Her father is either absent or neglectful, depending on the version. The heroine has a magical guardian who helps her triumph over her persecuters and achieve a wealthy marriage. The guardian is sometimes a representative of the heroine’s dead mother. Most of the tales include an epiphany sparked by an article of clothing (usually a shoe) that causes the heroine to be recognized for her true worth.

Inarguably, the most familiar Cinderella tale is the one published by Charles Perrault in his Histoires ou contes du temps passé in 1697. When most people think of Cinderella, a version of Perrault’s tale is the one they imagine. 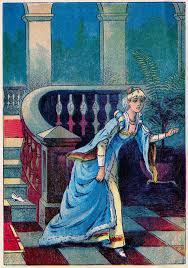 Charles Perrault’s influence over the popularity of Cinderella cannot be overstated. His fairy godmother, pumpkin carriage, and glass slippers have inspired countless renditions of the tale in print, theatre, music, and art since its publication.

Many of the versions of Cinderella, in a variety of cultures, were actually intended not only for children, but also for the folks or commoners of a culture.  Certainly, Cinderella was intended to be entertainment as well as cautioning of morals and humanity. 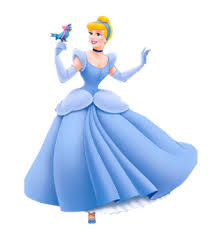 In 1950, Disney re-created the fairy tale into one of the most loved cartoons.  Many of you, like me, probably grew up envisioning this version of Cinderella.  While the plot remains very similar to the Perrault version, the story is cleaned up.  Reading older versions of fairy tales, one will always be struck by how much more graphic and violent those versions were (Little Red Riding Hood, for instance).

The Disney turn to re-create fairy tales was one, because there were no “Copyrights” on these stories, as well as a lucrative market for entertaining children.  Which isn’t to say adults aren’t entertained by Disney, but they seem to be created withFairy Tales: The Beginning of Children’s Literature | Tales of a Bookworm children in mind. Personally, I think some of the analysis of Disney portrayals gets a little broad – they are fun movies.  However, it is essential for children to read and be read to the classics – they offer rich imagery and ideas.

Tell me your thoughts on fairy tales, Cinderella, and the “Disneyfication” of fairy tales?  {Check out Bookworm’s Part 1 on Fairy Tales Here)