If you’re not an avid Netflix fan, you may have missed the latest Netflix original series, The Unbreakable Kimmy Schmidt, written by Tina Fey.  This show follows Kimmy Schmidt as she moves to New York City after being hidden in a bunker with her fellow cult members as they’ve heard the apocylypse has come.  So, think the show is a typical country girl comes to city and discovers a new life.  In fact, Kimmy has been literally in a shelter hiding because of this crazy back story.

Tina Fey is a hilarious writer, and the show really reflects on great nineties nostalgia (perfectly written for women my age who can relate to these funny memories).  What tickled me the most is that Tina Fey most certainly was a fan of the Babysitter’s Club because the Ann M. Martin series is included in the plot of the show! Part of the plot includes flashbacks to Kimmy’s time in the bunker or shelter.  In the first few episodes, Kimmy reveals she only had two books in the shelter, one of which was The Babysitter’s Club Mystery #12: Dawn and the Surfer Ghost.  In fact, she uses it to bust the truth out of one of the family members for whom she’s the nanny.

With the power of The Babysitter’s Club in mind, I found a few books that I thought Kimmy Schmidt would’ve also enjoyed (and those of us who enjoy the 80s and 90s may find some fun series to read for nostalgic’s sake!) 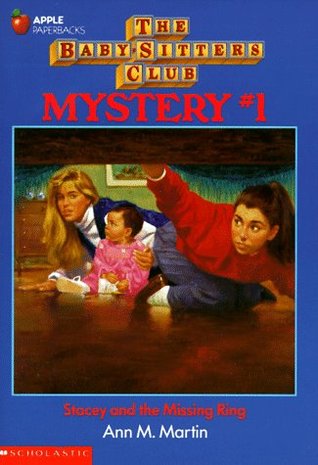 The Babysitter’s Club: Mystery #1 – Stacy and the Missing Ring

Kimmy would definitely have to read the first mystery in the Babysitter’s Club spin off mystery series – what happened to Stacy’s ring? 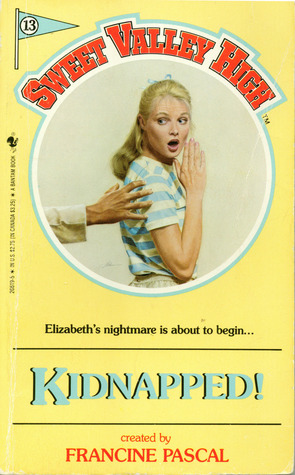 Sweet Valley High was the older and more graduate series from the babysitters.  Jessica and Elizabeth Wakefield were the infamous twins, and in this thriller, Kimmy would appreciate the kidnapping (and ending) of this Sweet Valley High classic. 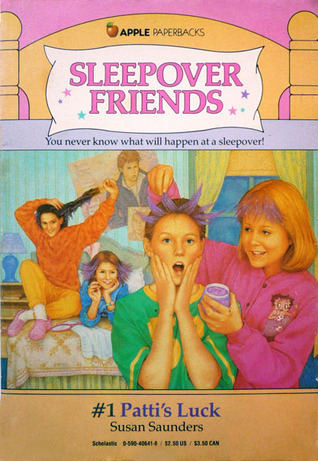 Kimmy loves having a roommate and friends, so I think she’d would easily found Sleepover Friends as a totally awesome book series to read. Titus is Kimmy’s new roommate turned friend, and this eighties series would certainly find fun her new life in NYC. All of these series are fun moments from the eighties and nineties, and I certainly think Kimmy Schmidt would have loved these during her time in the bunker.

If you’re feeling nostalgic for more book series like this, check out my list of teen book series:

Best Teen Series of the Eighties and Nineties