I grew up in the mountains of Virginia, right in the heart of Appalachian coal country.   Appalachia, the region itself, is mapped from Alabama to upstate New York (following the Appalachian mountains).  [Pronounced App uh lah cha] Within the region there are obviously a variety of cultures, topographies, and types of people; however, Appalachia certainly has its own reputation.  As an avid childhood reader, I read books about the mountains, some from Appalachia, but I definitely don’t remember teachers or  librarians focused on regional literature (which was good because I read many books about other places!).  But, as an adult, I’m fascinated with looking back at children’s literature that’s set in the mountains.  If there are general “themes,” they would included poverty, family, and the landscape of the mountains. Here are 9 of the more popular books about Appalachia [although, as I’m researching, there are certainly many more – check the links at the end of the post.] Please lend any other Appalachian suggestions!

Appalachia: The Voices of Sleeping Birds

Lyrical prose and warm watercolor illustrations bring a “certain part of the country called Appalachia” alive for young readers. Two award-winning artists, forever touched by their experiences growing up in this unique landscape, have teamed to create a quietly powerful and beautifully crafted portrait of life in a timeless place.

Arizona was born in a log cabin her papa built. She grew into a tall girl who liked to sing, square-dance, and — most of all — read and dream of the faraway places she would visit one day.

When I Was Young in the Mountains (Reading Rainbow Books)

“An evocative remembrance of the simple pleasures in country living; splashing in the swimming hole, taking baths in the kitchen, sharing family times, each is eloquently portrayed here in both the misty-hued scenes and in the poetic text.”
-Association for Childhood Education International

The Year of the Perfect Christmas Tree: An Appalachian Story 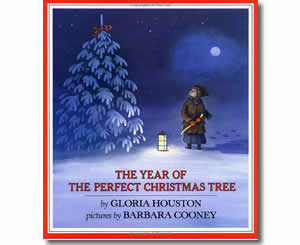 Acclaimed author Gloria Houston has written a tale that is as joyful and timeless as Christmas itself. Jewel-like paintings by two-time Caldecott Medal winner Barbara Cooney capture all of the season’s warmth and mountain flavor.

Ida Early Comes over the Mountain

“Ida Early is as tall as the tales she tells, a gangly scarecrow who comes to the rural Georgia home of widower Mr. Sutton during the Depression years. Her offer to help out for a spell delights the four Sutton children and their father … and life becomes a three-ring circus for the kids”.–Publishers Weekly. An ALA Notable Book.

Many things change for twelve-year-old Rabble Starkey, her mother, and her best friend, Veronica Bigelow, when Veronica’s mother becomes mentally incapacitated and the Starkeys move in with the Bigelows.

The Johnsons are becoming country music stars. They’re on TV and the radio–and it’s all because of James. His voice and his guitar playing bring the songs to life, and make the audiences beg for more. Most kids would love it. Not James. He’s had to change his name to “Jimmy Jo,” dress in clothes he hates, and turn into someone else. Will he ever be able to cope with the fame? When Marty Preston comes across a young beagle in the hills behind his home, it’s love at first sight and also big trouble. It turns out the dog, which Marty names Shiloh belongs to Judd Travers who drinks too much and has a gun and abuses his dogs. So when Shiloh runs away from Judd to Marty, Marty just has to hide him and protect him from Judd. But Marty’s secret becomes too big for him to keep to himself, and it exposes his entire family to Judd’s anger. How far will Marty have to go to make Shiloh his?

” Golden Kite Award winner, 1989 Booklist, Editor’s Choice School Library Journal, Best Books of 1988 Publisher’s Weekly, Best Books of 1988 Twelve-year-old Amanda Perritt is pitched head-first into adult responsibilities when she has to quit school to care for her newborn brother and invalid mother. She gets an escape, she thinks, when she’s offered a trip to stay with her grandmother and her sophisticated Aunt Laura in Memphis. But during the visit, she discovers unexpected parallels between her mother’s childhood and her own and comes to understand her own individuality as well as what it means to be part of a family.